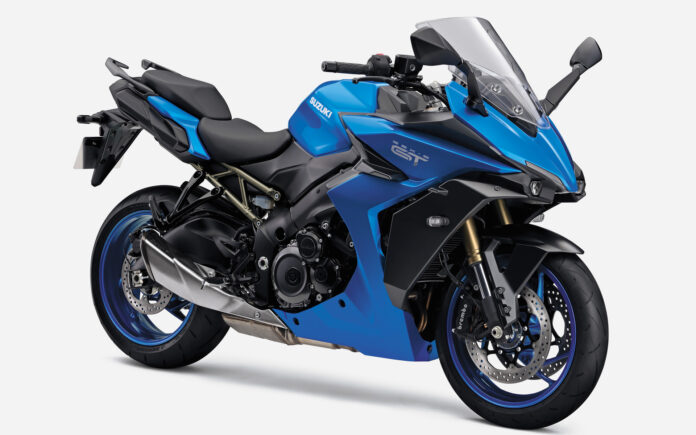 Suzuki announced on February 8 that it will release a new sports tourer Suzuki GSX-S1000GT for large two-wheeled vehicles in Japan from February 17th. The price is 13,807 usd.

The new GSX-S1000GT is a water-cooled 4-cycle in-line 4-cylinder DOHC 4-valve 998cm that produces a maximum output of 110kW (150PS) / 11000rpm and a maximum torque of 105Nm / 9250rpm.3Equipped with an engine. Based on the large two-wheeled vehicle “GSX-S1000” of the street bike, this model has started to be sold in Europe and other countries around the world as a sports tourer with a completely new concept with improved touring performance.

In addition to the same specifications and equipment as in Europe, the new Suzuki GSX-S1000GT to be released in Japan is equipped as standard with an ETC 2.0 on-board unit that enhances convenience during touring as a dedicated equipment.

In addition, we have a lineup of genuine products, including products developed exclusively for the new GSX-S1000GT, which have improved comfort and convenience, as well as various customizations.