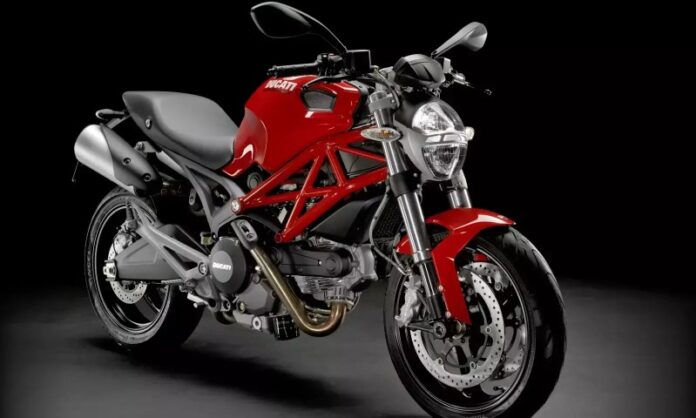 Today we will take you to know the Ducati Monster 795, which is one of the big bikes that has been highly popular in the used car market with a starting price of just less than 3,024.80 usd.

From the case of the police driving a big bike into “Doctor Rabbit” while crossing the crosswalk Bhumirajanagarindra Kidney Institute Hospital until the cause of death before being followed by many clues as to whether such a big bike is being bought or sold legally or not.

The Ducati Monster 795 is a European big bike developed for beginners to ride big bikes. It was launched in Thailand for the first time in late 2011, with a selling price at that time of around 12,098.85 usd, which was considered a relatively low price for a famous brand like Ducati. causing a very popular trend among Thai riders at that time It is also used as a ticket for those who are starting to learn to ride big bikes before moving on to higher cc bikes.

Although the Ducati Monster 795 has been developed over and over into the Monster 937 that is currently being sold as a red label, the Monster 795 is still popular in the second-hand market as well. Because the price is easy to access. According to the survey, it was found that this model was bought and sold at around 2,722.24 – 3,932.13 usd, which is comparable to the first-hand price of a general home motorcycle. but acquired the name of the Ducati class.

For the specification of the Ducati Monster 795 is a naked bike (Naked Bike) 4-stroke V2 L-Twin engine capacity 803 cc air-cooled. The maximum power is 86 horsepower, maximum torque of 78 Newton – meters, transmitted with a 6-speed gearbox, which numbers the Monster 795 horsepower, which is comparable to a 1.2-liter eco-car, but has no weight including liquids. up to 200 kg, resulting in this car reaching a top speed of more than 220 km / h ever.

Although the Ducati Monster 795 is only a small version of Ducati. But from the above information, it can be seen that this model has a higher performance than general motorcycles. but with a second-hand price that is easily accessible There are quite a few options in the market. It is therefore not surprising that novice riders of big bikes are eager to acquire this bike.

But from the accident that happened to Dr. Rabbit said. In the end, it’s probably not a matter of any particular model of Big Bike. but is conscious of using the car to use the road safely no matter what type of vehicle Otherwise, such tragedy would have happened over and over again.