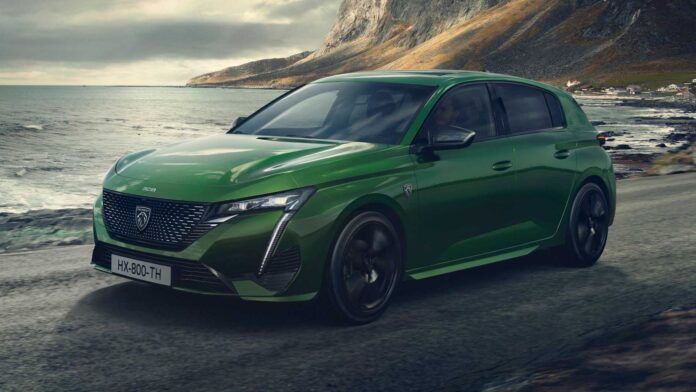 The French manufacturer has unveiled some details on the electric version of the New Peugeot e-308: it will be able to count on a more powerful powertrain and greater autonomy than that of the e-208.

After the arrival on the market of the sedan and station wagon versions , very soon it will be time to see also the one with fully electric powertrain: in reality we are already aware of the fact that the New Peugeot e-308 will officially debut on the market in 2023 , but today we can finally reveal some new details that have come to our ears thanks to the rumors of Autocar magazine , in response to the latest official statements by CEO Linda Jackson.

The new electric Peugeot 308 will definitively go into production in July 2023 in both sedan and SW body variants, which will house a powertrain with an engine installed on the front axle capable of delivering an output of 115 kW (156 horsepower) and one maximum torque of 270 Nm .

The battery pack, located under the floor and built with the new NMC811 cells, will be able to count on a 400V architecture with a capacity of 54 kWh , with the promise of pushing the autonomy with a single charge up to 400 km (WLTP cycle) and consumption no more than 12.4 kWh per 100 km.

More powerful and efficient, therefore, than its “sister” Peugeot e-208, as well as capable of equaling its dry weight (1,600 kg) to the twin version of the 308 with plug-in hybrid power. Furthermore, the presence of the battery pack in a lowered position will allow it not to affect the capacity of the boot , while the availability of connection to the ultra-fast columns will allow it to recover up to 80% of energy in just 30 minutes.