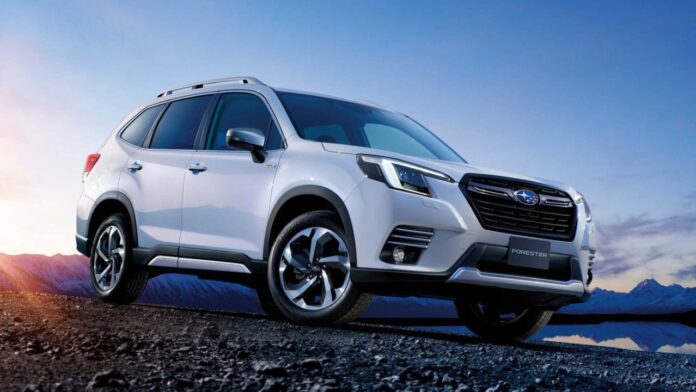 Revamped look, a new infotainment system and a more complete and efficient ADAS package: this is how the Subaru Forester changes for 2022.

The Subaru Forester has been around since 1997 and on the occasion of its 25th anniversary it arrives on the market with the new Model Year 2022 , which we already analyzed a few months ago and which is now ready to debut on the European market.

The news? In addition to a slight aesthetic facelift , the Japanese SUV offers an even more technological interior and a more complete and efficient ADAS package , which makes the car safer in all driving conditions.

Starting from the aesthetics, the new Subaru Forester 2022 largely confirms the look of the previous generation by updating it mainly at the level of the bumpers and the optical groups: these have been redesigned both at the front and at the rear, integrating perfectly in a new color range for the bodywork that includes the exclusive colors.

The upgrade reserved for the passenger compartment is more substantial , now embellished with more precious upholstery and equipped with the new infotainment system with 8-inch display compatible with Apple CarPlay and Android Auto technologies. The multimedia system of the Subaru Forester also features the new Driver Monitoring System , which analyzes the behavior of the driver, allowing you to change some commands (such as the temperature level of the air conditioning) through the use of gestures or facial expressions.

Moving on to the ADAS , Subaru’s Eyesight package (now in its fourth generation) is now enriched with new features including Lane Departure Prevention , Automatic Emergency Steering and adaptive cruise control with vehicle centering in the driving lane. to which is added a more effective Pre-Collision Braking System when reaching junctions full of traffic.

Few innovations, however, from the point of view of mechanics: the new Subaru Forester 2022 , in fact, has been updated exclusively with a new steering calibration and with new shock absorbers , confirming at the same time the e-Boxer engine installed under the hood. It is a mild-hybrid technology unit consisting of a 2.0 liter four-cylinder petrol engine and an electric motor positioned inside the Lineartronic gearbox, which helps to achieve the maximum performance output of 150 horsepower.

In conjunction with S-AWD all-wheel drive with Active Torque Vectoring , which increases off-road capabilities (towing up to 1,870 kg) together with the specific driving mode X-Mode. Alternatively, there is the Sport driving mode , which exclusively adds automatic activation of the e-Active Shift Control capable of providing a more responsive response from the car when facing the most difficult corners.