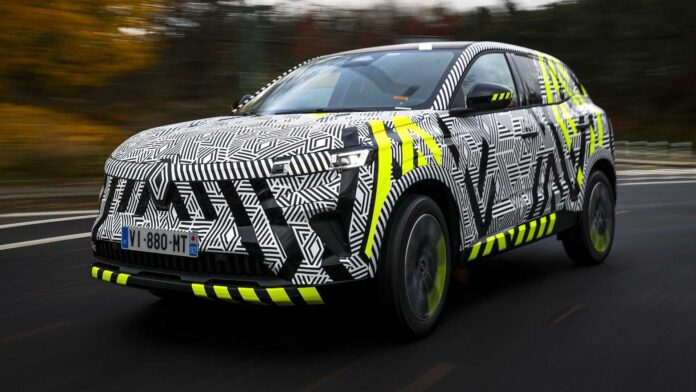 The French concern Renault has distributed a sketch of the interior of the promising compact crossover Renault Austral 2022, which is created specifically for the European Union and will replace the Kadjar model in the range .

The image shows the interior in contrasting colors with two screens: in place of the dashboard and in the center. A similar performance is used on the Renault Megane E-Tech Electric electric hatchback , which will begin production in 2022.

In the new proprietary OpenR Link interface, 90% of the functions will be available in one or two clicks. Promised support for Android Auto and Apple CarPlay.

Images of the rear of the cabin have not yet been published, but Renault talked about the longitudinal adjustment of the rear seats: this way you can choose between increasing the legroom for passengers or increasing the available volume in the trunk.

Renault Austral 2022 is being built on an updated version of the CMF-CD modular platform, which is widely used in the Renault-Nissan alliance. Body length is 4.51 meters. It is planned the appearance of gasoline and hybrid (including recharging from a socket) versions. The power of the older option is about 200 hp.

The presentation date and prices of Renault Austral have not yet been disclosed.

Recall that the current Renault Kadjar has been produced since 2015 (with restyling in 2018), it also relies on the CMF-CD base, but is not equipped with hybrid power plants – it has a choice of gasoline and diesel turbo units.