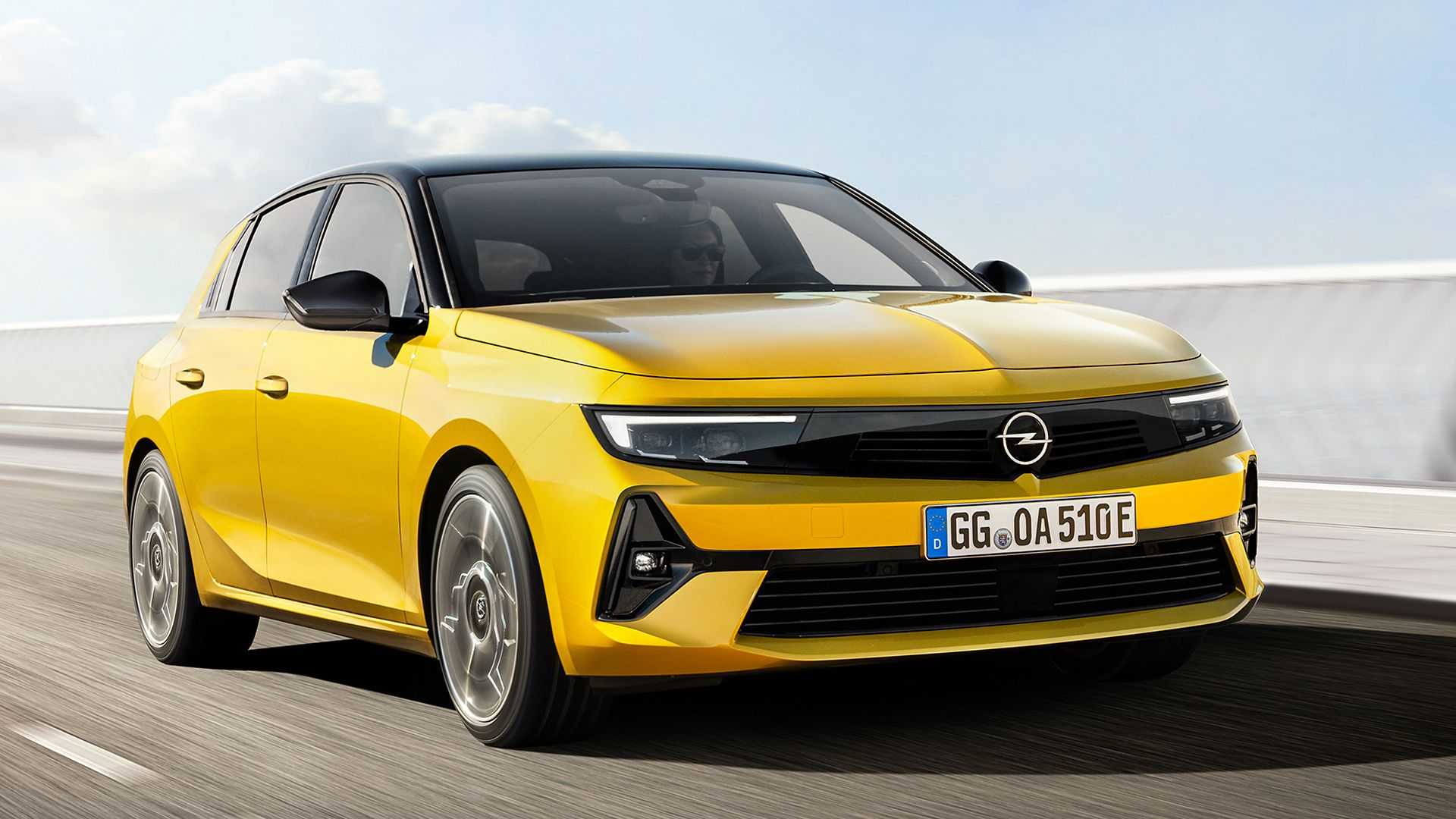 Opel introduced the sixth generation Astra hatchback, designated with the letter L. The opel astra has radically changed in appearance, trying on the new design language of the brand after Mokka, Crossland and Grandland. They moved from the General Motors architecture to the modular platform of the French concern PSA and for the first time received hybrid power plants – and immediately two.

They, like traditional internal combustion engines, the hatchback borrowed from the technical “twin” Peugeot 308.

The exterior of the new Opel Astra was designed in the current Opel style with the Vizor brand element – a single darkened panel, under which the headlights with a pattern familiar from other brand crossovers and the radiator grill are combined. The “base” has LED optics, and the top-end Astra has a matrix Intelli-Lux with 168 LED elements – 84 in each headlight.

In general, the Opel Astra, which moved to the EMP2 platform, is a redesigned version of the third generation Peugeot 308 , with which it even coincides in wheelbase. With the change in generation, the torsional rigidity of the hatchback body was increased by 14 percent. Trunk volume has grown by 52 liters to 422 liters, which is 10 liters more than the French model. The maximum rim diameter is 18 inches.

Interior , like the new Mokka and Grandland , there is a single Pure Panel with two 10-inch touchscreen displays. One of the digital cockpit screens is the dashboard, and the other is responsible for the multimedia system. Below them is a row of physical buttons for climate control, and a compact gear lever is located on the center tunnel. The front seats, for which heating, ventilation and massage are available, are set 12 millimeters lower than their predecessor.

At the moment, Opel has not disclosed the technical characteristics of the new Astra. However, according to the publication Autocar , the car is being built on the EMP2 platform, thanks to which Astra will become related to the new Peugeot 308 . As a reminder, Opel is part of PSA Peugeot-Citroen, which has been part of the Stellantis mega-group since 2021.

The front suspension of the hatchback uses a McPherson strut, and a semi-independent torsion beam at the back. The range of engines includes a 1.2-liter “turbo-three” with a capacity of 110 or 130 horsepower and a 1.5 BlueHDi diesel engine with 130 horsepower.

A pair of 130-horsepower engines is an eight-speed automatic or a six-speed “mechanics”, and 110-horsepower – only a manual transmission. In addition, for the first time, Astra got a hybrid power plant: two rechargeable versions are offered at once with a total output of 180 and 225 forces.