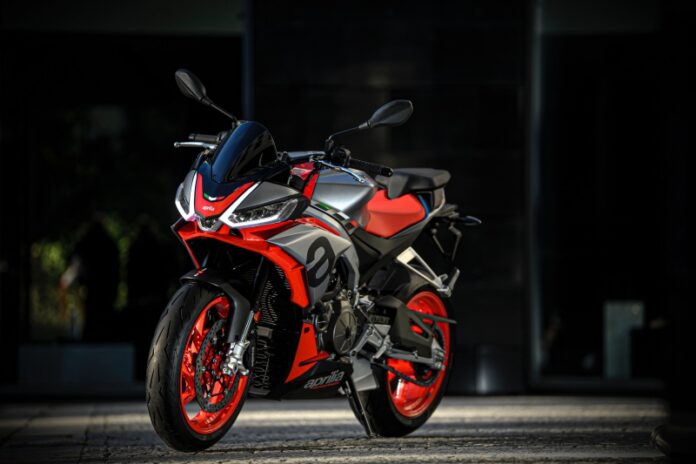 The new Aprilia Tuono 660, a 2-cylinder powerhouse, 660 cc, is officially launched and is now available for sale in Thailand, priced at 20,727 usd.

Vespiario launches the new Aprilia Tuono 660, a mid-sized naked sports car developed under the concept “As Powerful As Thunder As Light As Cloud” inherited from the RS family DNA. It produces a maximum power of 95 horsepower, which is said to be the most powerful in its class, a twin-cylinder engine under 750 cc with a maximum torque of 67 Nm, responding to urban driving and on winding roads. Enhanced with a clutch system to reduce surge to increase smoothness.

The Tuono 660 has been designed to emphasize the sportiness with Tuono’s custom tuning. with high handlebars Helps to have a sitting position with a straight back increase the efficiency of car control with specially tuned chassis to increase driving stability while the front panel is designed to provide better wind protection compared to conventional naked bikes. Including the exhaust pipe installed below the body to add harmony. and reduce the center of gravity of the car.

The Bike features a double fairing design with the same feel as the RS family. It is equipped with Full LED headlights and DRL daytime running lights with automatic lighting and emergency brake lights. It is also equipped with a 4.3-inch TFT information display and an electric Ride-by-Wire accelerator.

The Tuono 660 is available in 2 colors, consisting of Black-Red Concept Black and Gray-Black-Red Iridium Gray, priced at 20,727 usd.