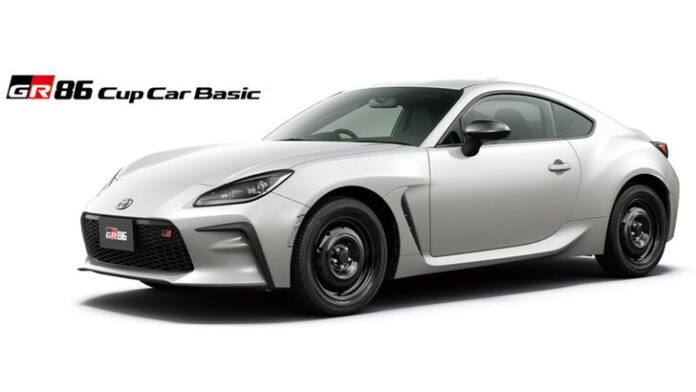 The Toyota GR86 Cup Car Basic is not intended for general road use. but if it was specially developed for participating in smooth races in particular because in addition to installing 16-inch black wheels for changing to wheels that are suitable for competition It also comes with a six-point Roll Cage with a diameter of 40 mm larger than the standard “Speed ​​B” and “Speed ​​BA” set by the Japan Automobile Federation or JAF, which states that Must have a diameter of 35 mm or more.

Toyota also stated that even if the roll bar was installed but can still accommodate 4 passengers as usual There is also a set of floor mats specially designed for installing the roll bar. In addition, an oil cooler to reduce the heat of the engine oil is also installed from the factory. This helps to maintain a constant engine temperature even after long periods of high rpm.

The power of the GR86 Cup Car Basic is a 2.4-liter Boxer 4-cylinder engine that delivers a maximum power of 235 horsepower at 7,000 rpm, a maximum torque of 250 Newton – meters at 3,700 rpm, sending power to the rear wheels as well. 6 speed manual transmission.